P. J. Wieland represented his interests at the highest level

Philipp Jakob Wieland looked beyond his own company’s horizon from an early stage. Whether it's about excessively high customs duties or the sluggish expansion of the railway, he was not afraid to present his views to the king – or to give the queen expensive gifts.

In a letter from 18 March 1834 to none less than King Wilhelm I of Württemberg, he asked the monarch to kindly allow him to make a humble request. The accession of the kingdom of Württemberg to the newly founded German Customs Association burdened his company with unacceptably high customs duties, for which the letter cited numerous sample calculations. He said he was convinced that the Württemberg government did not join the Customs Association "in order to sacrifice its industry to the Prussians, nor in order to make its citizens poor and the Prussian’s rich". The tariff increase, however, made it "quite impossible to endure the competition of the Prussian, Saxon, and Nuremberg factories". Wieland therefore asked that the "tariff increase on zinc and copper, which occurred to the highest detriment of his factory" be reduced or, better still, that "a free pass for the free import of these metals be granted".

The Wieland founder also brought himself into the debate on another important issue: the – in his opinion – slow expansion of the railway. In a memorandum in 1845, he wrote that it was not only a question of the time factor, but also of "introducing new industries for the lost ones, which would have included the construction of wagons, etc.". The planned construction of a privately financed railway had unfortunately not "found the proper recognition and support by the government and the city council". This lead – in his view – to the omission to build the railway before the Bavarians which would have forced them to "connect their own (railways) to ours". This would have incorporated Württemberg already "in the great world trade and Ulm would be a centre of the most lively traffic".

Instead, the government had boycotted the project because it "was to be undertaken and carried out by itself". And the government showed "little inclination at all to transplant foreign branches of industry here in order to [...] open up a source of prosperity".

The open words apparently did not do harm at court, Wieland repeatedly received high awards later on. And in 1871 he presented Queen Olga with a bronze figure, for which the monarch, through her secretary, returned "friendly thanks", saying the successful work of art bore "such outstanding witness to his industrial diligence". 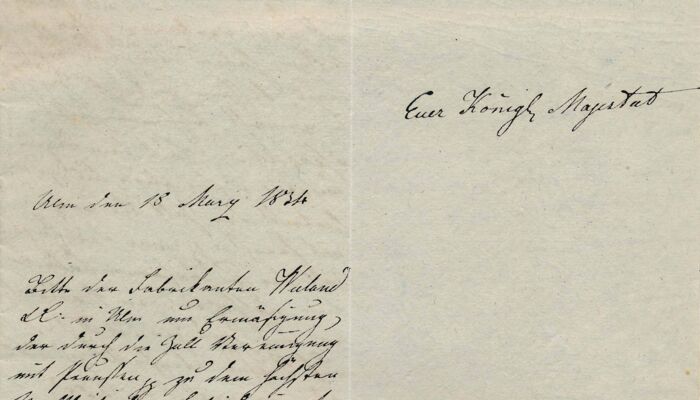 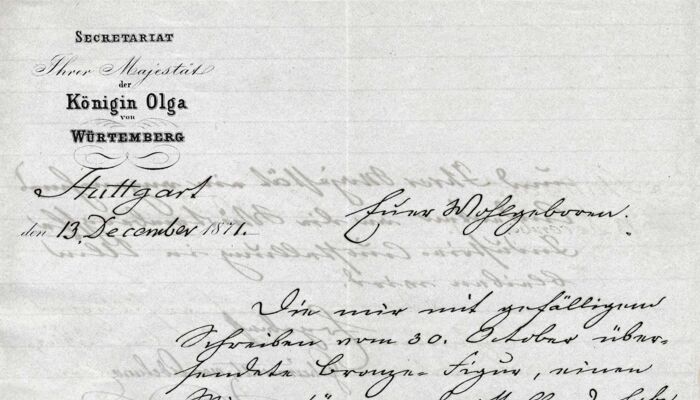 Why P. J. Wieland gave Queen Olga of Württemberg a bronze figure representing a minnesinger in 1871 is unknown. But the popular monarch’s gratitude has been vouched for.