Welfare made from stone

Workers’ flats and houses in Ulm

Early on, Wieland endeavoured to provide good living space for his employees. Between 1892 and 1910, numerous houses and apartments were built in Ulm that could be rented cheaply or even acquired at particularly attractive conditions.

Around the turn of the century, from the 19th to the 20th century, the up-and-coming industrial city of Ulm recorded an increase in population and, as a result, a housing shortage, a very relatable topic still today. It also resulted in a competition for workers that prompted Wieland to offer its employees a high degree of social welfare measures. This essentially included the provision of affordable housing.

As early as 1892, the company therefore constructed a large building "in one of the most beautiful locations in the town", comprising of 16 apartments, each offering three rooms, a kitchen, a cellar and a small garden. The rents range very moderately between 13 and 17 Marks per month. (Note: The purchasing power of 1 Mark (1873) would correspond to 6.40 Euro (2018); Source: Federal Statistical Office 2018)

At the beginning of the 20th century, Wieland took a new path: on the eastern outskirts of Ulm, four semi-detached houses were built for 70,000 Marks, each consisting of four apartments. These had three rooms, a laundry room, a cellar and a vegetable garden. The highlight was that the apartments were sold to Wieland workers at cost price. They only had to pay 10 percent of the price in advance - for the rest, they received favourable loans from their employer. No wonder that all apartments were already sold shortly after completion.

In 1910, a further eight houses are built on Staufen-Ring under the direction of the Wieland-Wohnungen Baugesellschaft mbH, a building society set up specifically for this purpose, and all were quickly sold to families of employees. This emphasises that Wieland's care went far beyond the question of living space. A "school for small children" was built right next to the houses - the predecessor of today's day-care centre. Women who were increasingly employed could have their children looked after there during working hours.

From 1919, Wieland began to provide employees with low-interest building loans. It was not until after the Second World War that 41 company apartments were built again in Ulm to help alleviate the enormous housing shortage. In 1999, the company sold its 180 remaining rental apartments in Ulm and Vöhringen.

The plan was drawn up in 1922 on the occasion of the connection of the workers' houses situated on Ulm's Staufen-Ring to the main canal. The building of the "school for small children" can be seen on the right. 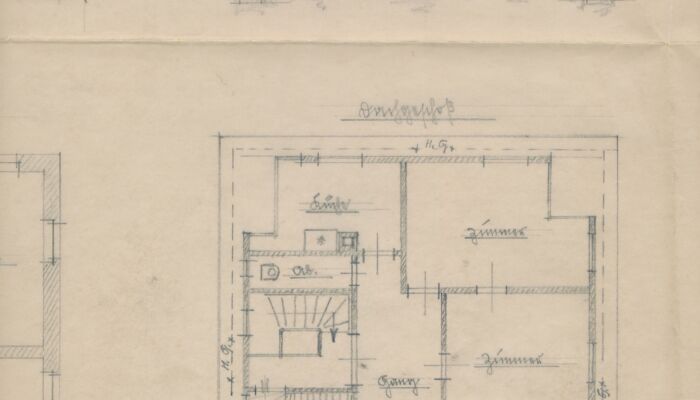 In 1940, the "school for small children" was apparently modified. The plan shows details from the attic of the house built in 1909. 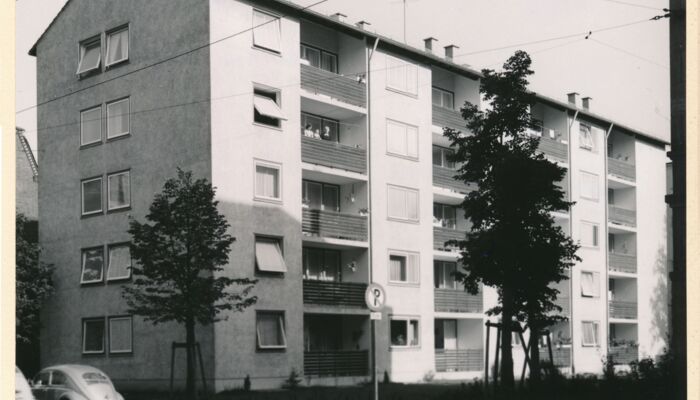 In the Olgastraße in Ulm, not far from the factory, Wieland built modern apartments during the "period of economic miracle" after the Second World War. The photo was taken in 1955.