Unlimited energy without side effects

Wieland innovations fuel the energy source of the future

Hardly any other topic is currently as relevant as climate protection and the associated reduction of CO2 emissions. What is little known, however, is that, at extraordinary expense and with great international participation, work has been underway for several years now on a solution that could make a decisive contribution to CO2-neutral energy generation in the future: the fusion reactor. It simulates the processes by which energy is generated on the sun. Its operation represents much lower risks than conventional nuclear power plants – and generates only small amounts of radioactive waste. The enormous energy yield results from the fusion of the nuclei of hydrogen atoms, which collide at high speed.

So much for the theory. In practice, the processes required for this have so far only been able to run for milliseconds; the enormous temperatures and pressures required have so far prevented reliable use as an energy source. Especially since the atomic nuclei have to be accelerated to the necessary speed with gigantically strong magnetic fields.

The technological challenges are so demanding that in 2007 the European Union, Switzerland, Japan, the People's Republic of China, Korea, India, Russia and the USA agreed to jointly build the research fusion reactor ITER (International Thermonuclear Experimental Reactor) in Cadarache in the south of France. Construction began in 2011, and completion of the mammoth project, costing around ten billion Euros, is planned for 2025.

The strong magnetic fields can only be generated with so-called superconductors, which are cooled extremely and have almost no electrical resistance. The conductor material used is niobium-tin alloys or pure niobium, which is embedded in fibre form in the copper matrix of a tin bronze with an extremely high tin content.

These alloys cannot be produced by normal melting processes. Wieland has therefore developed a novel spray process with which the particularly homogeneous tin bronzes BD3, BC1 and BD9 can be produced for the ITER experimental reactor. 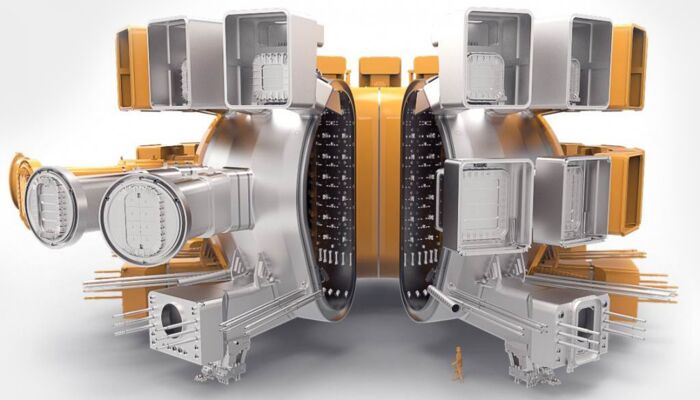 The core of the ITER test facility is the plasma vessel of the fusion reactor, which, with a volume of 837 cubic metres, exceeds all previous test facilities many times over. 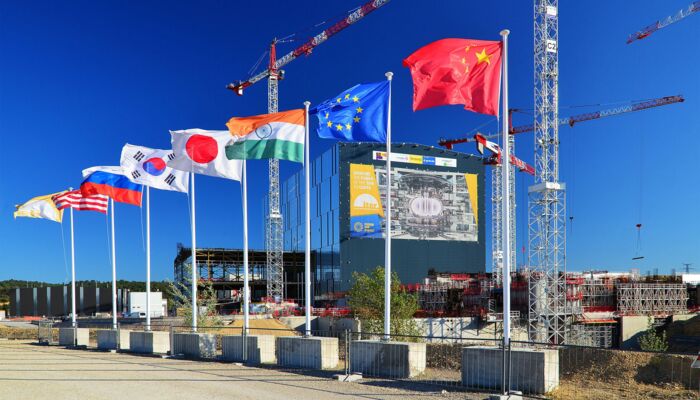 Not only the technological challenge of ITER is impressive, but also the constructive cooperation of numerous states to solve a human question.