The Hour of the Sons: the "Councillor of Commerce"

Highly trained, Max Robert Wieland took over the management of Wieland together with his brother Philipp in 1892. For more than four decades he played a decisive role in shaping the company – as a businessman and strategist, but also as a socially-minded, culturally educated and politically liberal man.

Robert Max Wieland was born on 24 October 1867. When his father Philipp Jakob died in 1873, he was still a child. After graduating from high school in Ulm, he received a profound commercial education, among other things at the commercial schools in Lausanne and Basel, but also through internships and professional stations at Wieland, at the Wasseralfingen iron and steel works, at Maschinenfabrik Winterthur and a strip factory in Basel. Travels to France and England, North and Central America further broadened his educational horizon, and not only on a professional level. M.R.W., as he was often called, was also a philosophically and culturally educated, thoroughly sensitive man.

In 1891 he joined his parents' company and, together with his brother Philipp, replaced his mother Mathilde Wieland in the company management. In accordance with his education, he was mainly responsible for commercial matters and the Ulm headquarters. Max R. Wieland was a member of the board of directors of the "Economic Association of German Brass Mills" and the "Central Association of German Metal Rolling Mills and Iron & Steel Industries". In 1915, he was awarded the title of "Kommerzienrat" (councillor of commerce) - albeit on the basis of merits he had "achieved for the equipment of the German army". A title that is still used today to distinguish him from his brother Philipp, the "Geheimrat" (privy councillor).

Nevertheless, he was also an art-loving person who, for example, engaged no less a person than the renowned professor for architecture Richard Riemerschmied for the conversion of the family's summer residence in Herrlingen and the construction of his city villa in 1910. The former is still regarded today as a successful piece of Art Nouveau architecture, the latter as the most beautiful house in Ulm at the time.

The elaborate buildings cannot hide the fact that their builder was a socially minded man, too, interested in the common good. For a long time he was a member of the Ulm City Council for the "Liberal Democrats", as well as of the Minster Building Committee and the Board of Directors of the Wieland Foundation.

His last major professional project was the introduction of light metal production in the 1930s. However, the "Councillor of Commerce" did not live to see its heyday: He died on 9 June 1935. At his funeral service, the "Schwörglocke" (vow bell) from the Ulm cathedral tower rang - a rare honour. 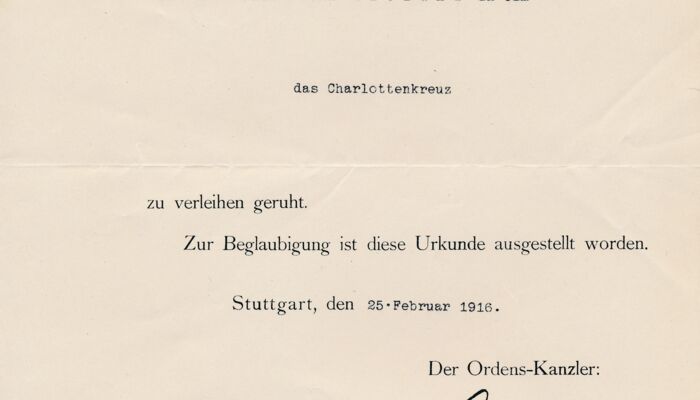 In 1916, one year after his appointment as Kommerzienrat (Countillor of Commerce), the King of Württemberg awarded Max R. Wieland the "Charlottenkreuz". The document unfortunately does not state as to why. 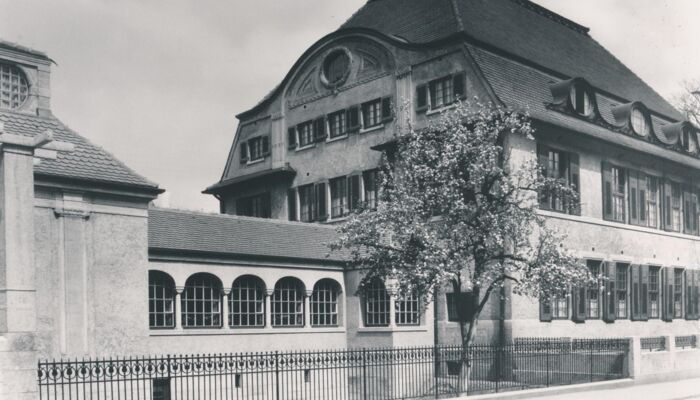 Max R. Wieland left nothing to chance and got deeply involved in the planning of the villa built in 1910/11 on Ulm's Olgastraße, called the "Wieland-Haus". 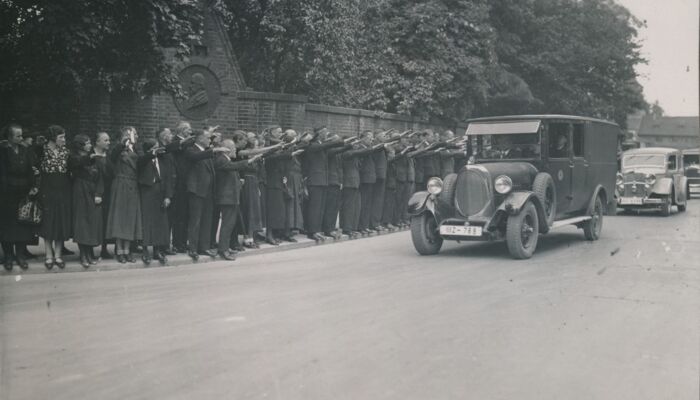 The fact that his following bid him farewell with unambiguous gestures on his "last journey" in 1935 would not have pleased him: Max R. Wieland was a convinced Liberal Democrat.