Social care way ahead of its time

The Wieland company health insurance fund has existed since 1834

The history of "welfare institutions" at Wieland is long. Workers' apartments and houses were already being built in Ulm before 1900 and in Vöhringen from 1903. In 1913, the company advertised for employees with a list of its social benefits, which were exceptional for the time. However, no other institution has such a long tradition as the company’s health insurance fund: It was established in 1834, just 14 years after the company itself was founded – and still exists today as one of the oldest company health insurance funds in Germany.

"In the desire for social protection against the financial burden that illness and death impose on those affected", the founder Philipp Jakob Wieland established the "Factory Fund" at the suggestion of his then 50 employees. Membership was compulsory, partly because, for want of any kind of protection, the care of factory workers was solely in the hands of the factory owner. The factory health insurance was therefore also a contribution to social peace, especially since a workers' committee was involved in its administration - which was quite exceptional at the time.

The insurance contribution amounted to 1.5 percent of wages, in return for which workers received sick pay for up to 26 weeks and – in the event of death – their dependants received a death grant. However, the support did not yet include the costs for doctors or medication. The company has regularly sent money to the "company fund" to cover its personnel and material costs, since 1869 in the form of fixed annual subsidies.

Much has changed since then – from the introduction of "family support" in 1907 and the consolidation of social insurance law in the Reich Insurance Code of 1911, through the enforced conformity under National Socialism, to numerous legal changes since a major health reform in 1988. Nevertheless, the performance of Wieland’s company health insurance fund BKK, which today insures almost 12,000 people – including around 85 per cent of Wieland-Werke AG’s employees – remains unchanged. 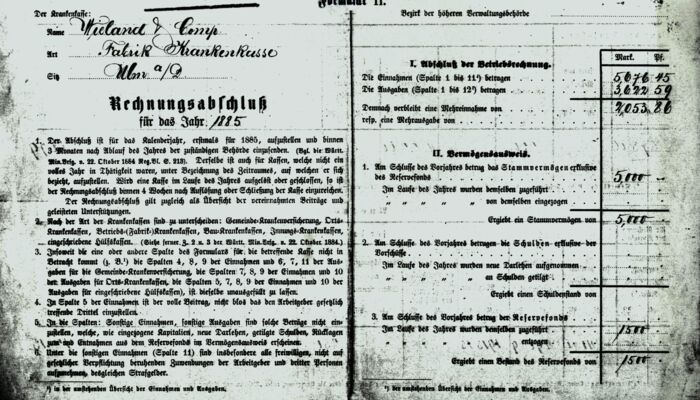 Bismarck's social legislation required the company’s health insurance funds to draw up an annual balance sheet. In 1885, Wieland's "factory health insurance" took in around 2000 marks more than it spent. 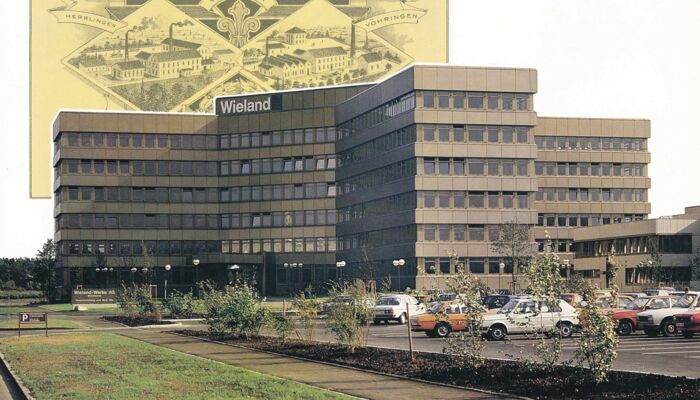 In 1984, a brochure was published on the occasion of the 150th anniversary of the company's existence, in which the eventful history of one of the oldest company health insurance funds in Germany is described.