When it comes to steam boilers, there’s a lot of red tape

Anyone who thinks that safety-relevant building regulations or fire protection regulations would have been handled laxly in the past is mistaken. As early as the beginning of the 20th century, the state issued and controlled extensive safety regulations - especially for melting furnaces and boilers.

Already at the end of the 19th century, the installation of boilers was sharply regulated and controlled by the authorities. Each of the boilers installed at the Vöhringen plant has an identity number and a type approval. In addition, each had to pass the technical inspection by the Bavarian Auditing Association - a forerunner of the TÜV - before it was put into operation. An example from 1913 shows exactly how bureaucratic this was. Wieland built two new boilers and wanted to use the boiler room for practical purposes – to dry the clay bricks required to line the furnaces.

The "Application for the installation of two steam boilers" with no less than "30 enclosures" was received by the Royal District Office in Illertissen on 21 January 1913. Wieland received the permits at the beginning of March, with the proviso that "drying equipment may not be installed in the boiler room and the drying of objects in the boiler room is prohibited in general".

The plant management promptly replied: "This condition would cause us serious damage." Galleries had been fitted for the drying of the stones, there would actually not be any work there - rather, the rooms in question would "only be entered by workers every few months for a short time, when the dried stones had to be replaced by fresh ones". And: With previously installed boiler plants with dry galleries, "there was never any objection".

Assistance was also sought from the Bavarian Auditing Association. However, the Bavarian Revisionsverein relied on § 15 Para. I Sentence 3 of the "General Police Provisions", and according to "the clear wording of the provision cited a drying facility in the boiler room (is) not permissible". As a result, the District Office rejected the application again on 17 March - whereupon Wieland turned to the highest authority, the Royal State Ministry of the Interior, not without repeating the willingness to "commit ourselves to only replace the stones when the boilers are switched off".

With success: One month later, the ministry granted exemption from the "police regulations on the installation of land steam boilers ... to the effect that the drying facilities located in the boiler house ... are only rarely entered and only when the boilers are switched off".

On the building plan drawn up in 1929 for an extension, the "Gallery (Trockenraum) against boiler house without wall", which was so controversial in 1913, is clearly visible.
(Copyright Staatsarchiv Augsburg: BA Illertissen/4316 - Zeichnung aus dem Schreiben des Bayerischen Revisions-Vereins) 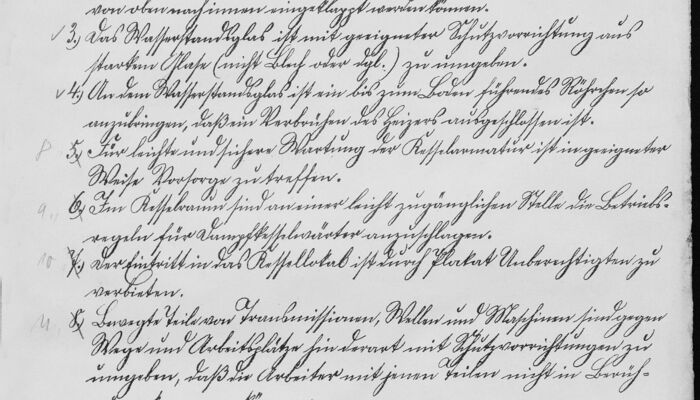 The royal Bavarian Trade Council also had its say. It pointed out to the royal district office in Illertissen that "drying equipment must not be installed in the boiler room".
(Copyright Staatsarchiv Augsburg: BA Illertissen/4317 - Auszug aus dem Gesuch um Genehmigung zur Aufstellung zweier Dampfkessel) 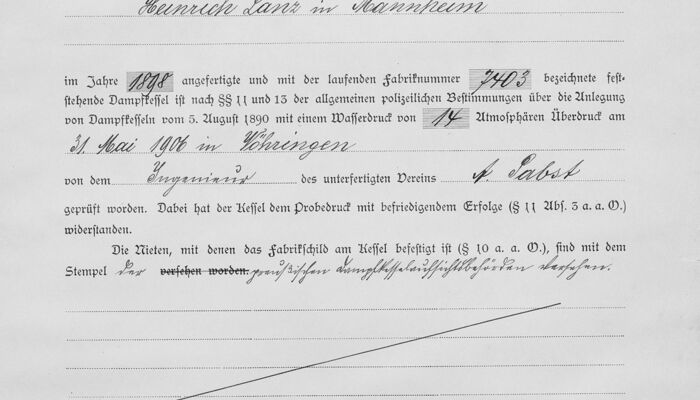