Working at Wieland is a tradition in many families.

It is not uncommon for several generations of a family to work at Wieland Werke (Germany). Not so common is when the younger generation records the experiences of their ancestors in writing, just like our contemporary witness, who wants to remain unnamed - but whose Wieland story could stand for so many families.

"My grandfather was the first "Wieländer" in the family, he worked in the Vöhringen rolling mill. In the beginning he adjusted the rolling thickness by hitting a lever with a big hammer, unbelievable – and unimaginable today! Just like it went without saying that his colleagues would pick him up for the morning shift when he missed the alarm after a long evening of card games. My grandparents and I lived in a Wieland flat. They went to the factory facilities for a bath, and so did we grandchildren. The flats did not have their own bathtubs until later.

At home Wieland was often a topic, my grandpa was proud to be a "Wieländer". And every year us children received Christmas presents from the company. They were really great and age-appropriate, our eyes always lit up. It was clear to my grandfather that both my brother and I would one day become part of the "Wieland family". I had other plans at first, which suddenly dispersed. But a Wieland employee from the neighbourhood quickly and unbureaucratically got me an apprenticeship place. The fact that I received a book with a certificate at the end made me proud. And I still have the book prize of my brother who died early.

In wire extrusion, in the pressing plant and later in the rolling mill, I got to know almost all of Wieland's production steps, but above all I met great people. Many good friendships have developed – and I still feel part of the "Wieland family". For example, I will never forget how we were invited to the boardroom after 25 years’ service with the company. Mr. Kroener and his colleagues on the Executive Board were astonished when a whole busload of jubilarians got out of the freight elevator together. It was an unforgettable, great day for us. And most of us still work at Wieland today.

By the way: My son and daughter always came to the children's Christmas parties, too. Whether they will later become part of the "Wieland family", the future will show." 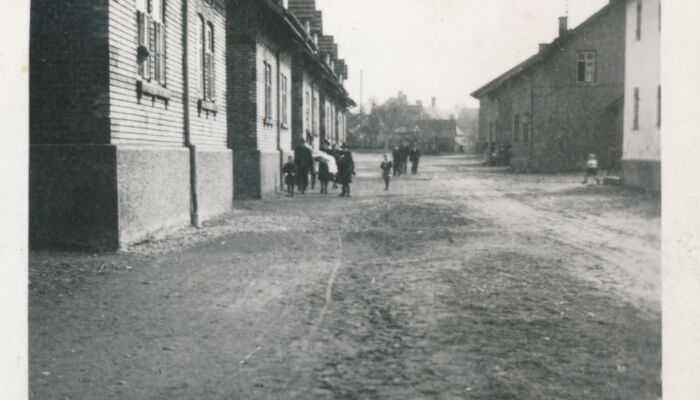 Between 1903 and 1910, Wieland built 48 workers' houses with more than 100 flats in Vöhringen. In one of them our contemporary witness grew up with his grandparents. 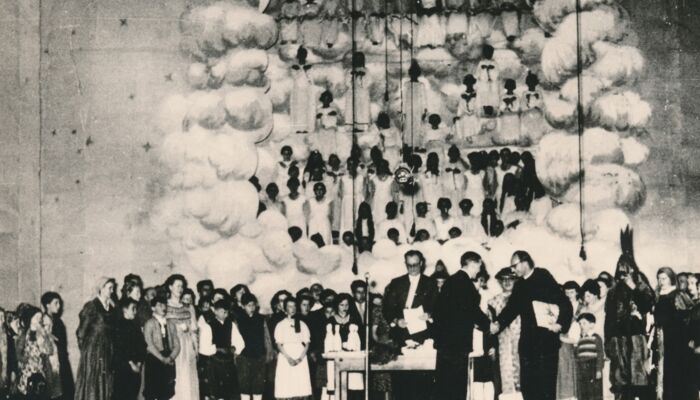 The Wieland Christmas parties for children – here in Vöhringen in 1952 – were always well attended. In addition to gifts, there was an extensive festive programme.