The Wieland Testing Institute – important base for success

Continuous improvement and innovation were supported by a firm framework from 1902: From then on, the testing institute has been responsible – away from everyday operations - not only for quality assurance, but also for the development of new alloys and production technologies.

Innovation and quality have been in Wieland's genes from the very beginning. Already the founder Philipp Jakob Wieland expanded his product range by developing new metallurgical processes and brought them to production readiness, always combined with exceptionally high quality standards.

With the start of large-scale industrial production at the end of the 19th century, however, previous innovation methods of "try-and-error" were reaching their limits - especially as scientific metallurgy was making rapid progress and increasingly complex production processes, such as extrusion, were gaining ground.

Against this background, Wieland decided in 1902 to take an important, at the time ground-breaking step: A central testing laboratory was set up – away from the operating departments – under the name "Testing Institute". Initially only concerned with strength tests and chemical analyses, metallographic and physical tests were soon added. From 1927 onwards, Dr. Hans Wieland systematically expanded the testing institute into a research and development department which, among other things, laid the foundation for light metal processing in the 1930s.

An important feature of the institution now called "Prüf- und Forschungsanstalt" (testing and research institute) was the transfer of what is theoretically possible into what is practically feasible. For this purpose, machines and equipment for the production and processing of new alloys were installed in the "technological department" and subsequent production processes were simulated on a small scale.

The importance of the "Prüf- und Forschungsanstalt" for Wieland became unmistakably clear in 1958: A new, generously dimensioned building was erected in Vöhringen with more than 2,600 square metres space for around 90 - mainly scientific – employees to research, develop and test. For example, samples from the foundry, which arrived by pneumatic post, could immediately be examined.

Later, the "Prüfanstalt", as the legendary forge of innovation is still called internally today, was transferred to the Wieland central laboratory, where research and development is carried out by various R&D departments. However, an important concept for success remains unchanged: Even today, new production processes are simulated and optimised in the "Technikum", initially on a small scale. 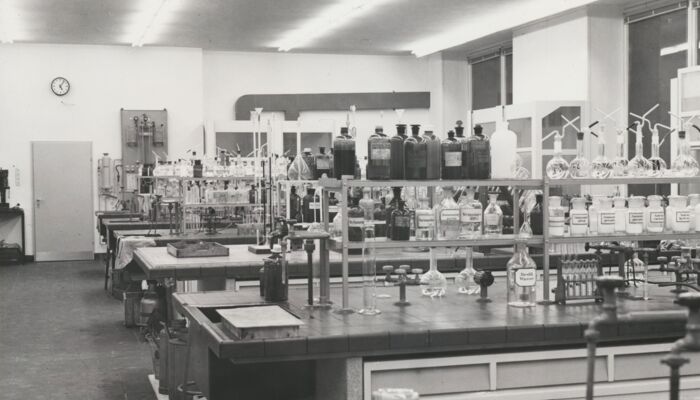 The new building from 1958 had ultramodern laboratories, such as the well-equipped chemical laboratory. 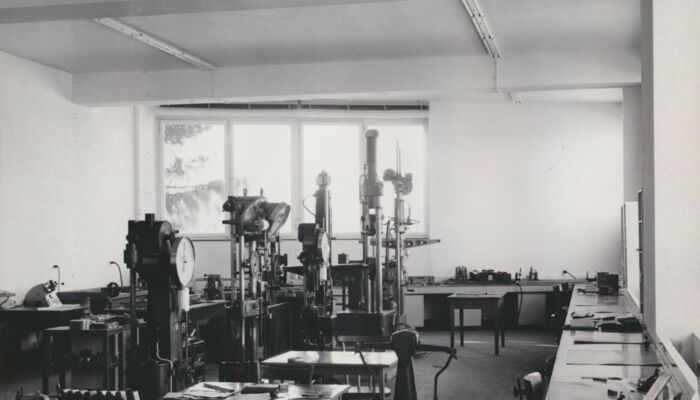 In the tearing room of the testing institute, sheets, strips, tubes and rods were analyzed for their strength properties or their deformability. 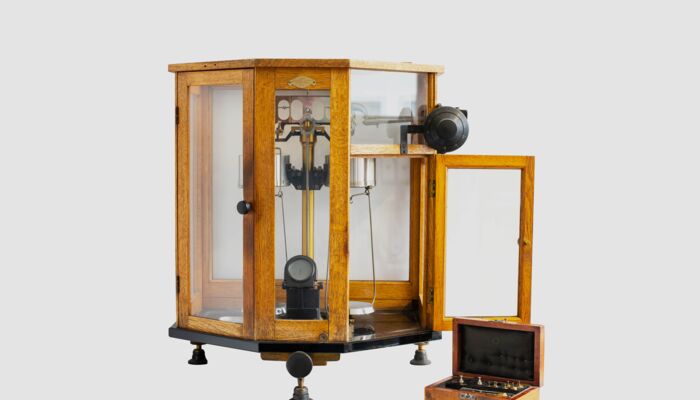 Well-kept "treasure": These chemical precision scales from the early days of the testing institute still have a place of honour in the Wieland laboratory today.