Innovations from overseas for continuous casting

In the search for improved final contour casting processes, Wieland found what it was looking for in the USA at the beginning of the 1950s: The furnace-dependent mould developed there by ASARCO offered new possibilities for the casting of tubes and rods. In 1956, the first plant with the new technology went into operation in Vöhringen.

When casting seamless strands of "red brass", which cannot be formed at a later stage because of its high lead content, a problem occurred for a long time: the hot melt came into contact with air and dirt particles. This could - albeit to a small extent – affect the nature and quality of the cast product. In the USA, the American Smelting and Refining Company (ASARCO) therefore began developing a process in 1932 using a furnace-dependent mould attached to the casting furnace. The mould consists of low-friction graphite, as does the furnace itself. To protect it from oxygen, it is surrounded by a shell flooded with nitrogen.

True to the company founder's maxim of looking beyond horizons and using further developments from industry for his own company, Wieland contacted ASARCO in 1952 to make use of the revolutionary process. Complicated patent and licensing negotiations followed, together with other companies organised in the German Continuous Casting Association (SG). Nevertheless, the first introduction to the new process already took place in the winter of 1954/55. And in 1956, the first casting platform for a plant with an oven-dependent mould was built at the Wieland Vöhringen site. It went into operation in the same year and mainly produced rods and tubes with diameters between 10 and 91 millimetres. Because the casting furnace only held 750 kilograms of melt and cooled it only slowly due to it being kept away from air, the new process was particularly suitable for small formats with the highest quality standards.

Since 1959, the ASARCO foundry has been organised as an independent workshop. The processing of scrap metals supplied by the customers had previously repeatedly led to quality problems. An own material warehouse enabled the elimination of mix-ups and mixing.

From 1975 onwards, after several improvements, it was possible to cast gunmetal rods and tubes with a diameter of up to 142 millimetres. To this day, the ASARCO continuous casting process with oven-dependent moulds and the corresponding equipment have been continuously improved. And the process is still the subject of continuous optimization: The German Association for Materials Science maintains a committee on "Furnace-dependent chill moulds", the autumn conference of which took place at the Vöhringen plant in 2017. 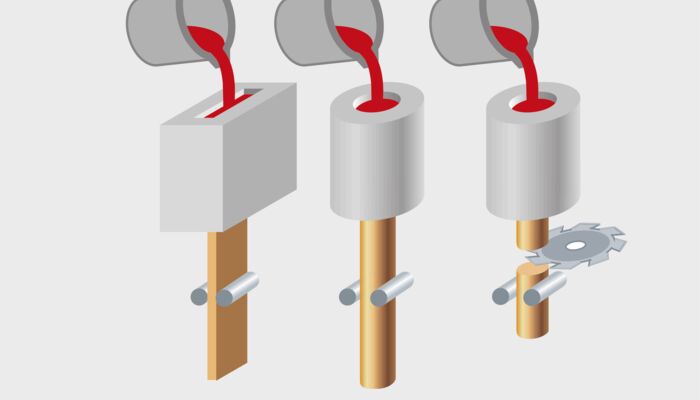 One advantage of casting with an oven-dependent mould is the continuous casting process. The plates or billets are shortened to the desired length without interruption of the process. 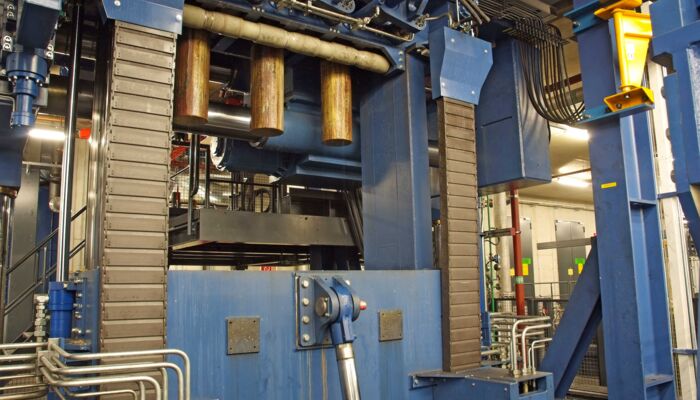 One challenge in ASARCO continuous casting with oven-dependent moulds is the slow cooling process. Complex cooling systems and exact temperature measurements are indispensable.