From craftsman to bourgeois

The social rise of the Wieland family

In the course of his life, Philipp Jakob Wieland achieved a remarkable career, not only as an entrepreneur, but also as a citizen. Starting out as a small craftsman, he became a respected and influential "principal", but it is only in his old age that he presented this self-image to the outside world.

Around 1870, Philipp Jakob Wieland and his second wife Mathilde sat as models to a today unknown portrait painter. He painted the couple in oil on canvas, in two paintings, each measuring 76 by 89 centimetres. The paintings still speak volumes today. Without words, they tell a lot about the impressive path of life that Philipp Jakob Wieland and his wife had taken until the time the portraits were created.

It is true that Philipp Jakob Wieland was born in 1793 as the son of a not exactly poor owner of a restaurant and brewery. However, he was still a craftsman at the time, just as Philipp Jakob was when he took over his uncle's bell foundry in 1820. Then began a time of great changes, and Wieland’s path can be seen as an example for the whole of society. In Germany, a new class established itself, the bourgeoisie, whose preferences for domestic comfort were expressed in the Biedermeier style.

A few decades later, other protagonists were shaping social change: since the middle of the 19th century, inventors with an affinity for technology had been driving industrialisation forward, companies - and individuals - such as Siemens, Borsig or Krupp made headlines and defined this modern age called Gründerzeit.

Philipp Jakob Wieland and his young wife Mathilde, who also came from an innkeeper's family, seem to have caught up with this decades-long development in fast motion. For a long time, Wieland had lived in the ancient, cramped house on the site of the original bell foundry. His lifestyle was described as comparatively frugal, with roast goose and Strasbourg goose liver pâté only being served to guests.

But then, in 1859, he had a stately home built on the outskirts of Ulm, and he himself took great care to furnish it. He brought back wallpaper and curtain fabrics from his travels, had pictures copied in Dresden and classicist marble statues made in Florence for the entrance area.

In the portraits he wears expensive fur, his wife valuable jewellery. And last but not least, the gold framing should show: Here are two who have made it! By the way, the pictures were exhibited in the German Historical Museum in Berlin in 2007 as part of an exhibition on the Gründerzeit period. Today they hang - expertly restored - in the meeting room of the Wieland board of directors in Ulm. 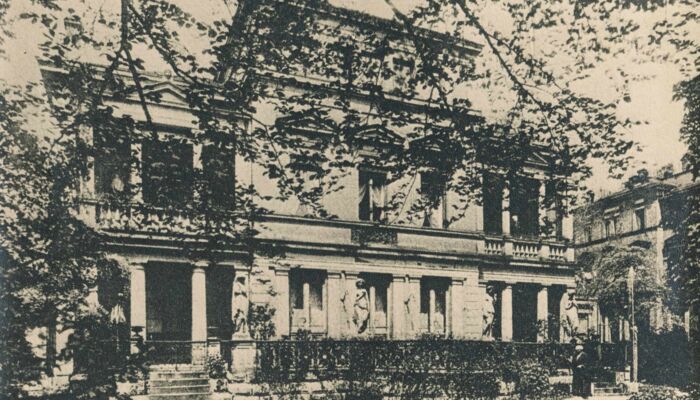 Philipp Jakob Wieland's villa in Ulm. It was completely destroyed in 1944, only some of the marble statues were spared and still adorn the front garden of a neighbouring house. 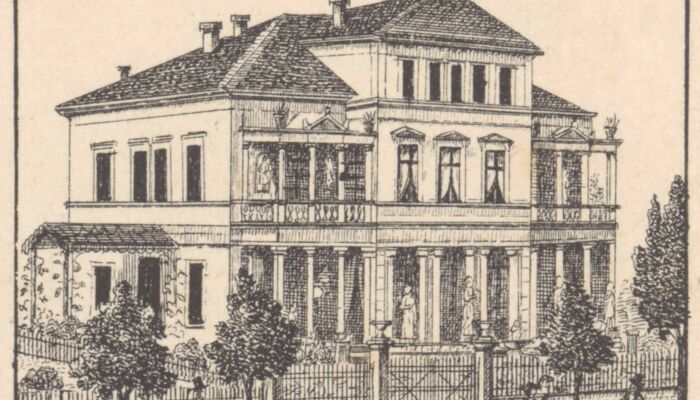