With elaborate developments and changes, Wieland is making the work process of rolling cut sheet material in the form of lengths on the relevant rolling mills considerably safer - and at the same time improving the ergonomics of the workplaces.

The rolling mills that process cut sheet material have been quite dangerous in the mode of operation used until now. On the one hand, there is the roll gap, which represents a draw-in hazard for the machine operator. And on the other hand, the rolled material itself is a source of danger, e.g. for cut injuries at the sheet edge or injuries caused by "rebounding" sheets. Despite all precautionary measures, serious accidents have therefore repeatedly occurred in the past on this type of rolling mill and process.

This was reason enough to think about a completely new concept for operating the machines, which largely requires no manual intervention and thus significantly increases work safety. This goal has been achieved by two measures: Firstly, by installing belt conveyors and protective elements on both sides of the roll stand. And secondly, by automating the processes. With the W59, the third plant at the Voehringen works could be converted to the new safety standard in 2019.

This not only prevents serious accidents during normal operation. Even if, in exceptional cases, the machine operator needs access to the danger zone of the rolling stand – for example to move a sheet that stopped moving – he is protected by the safety device: Access is only possible after a roller shutter has been closed directly at the rolling stand.

Another source of danger up to now has been the cleaning of the work rolls - after all, the surface must be machined when the rolls are rotating. For this extremely dangerous work, an automatic cleaning device has been developed and installed which operates within the safety zone and does not require direct intervention by the operating personnel.

This well thought-out overall concept not only makes an important contribution to considerably increased occupational safety, but also to ergonomics: the physical strain on employees is significantly reduced, working in unfavourable postures is avoided and thus the health of the machine personnel protected. This is a good example of how innovations can generate tangible benefits in several respects. 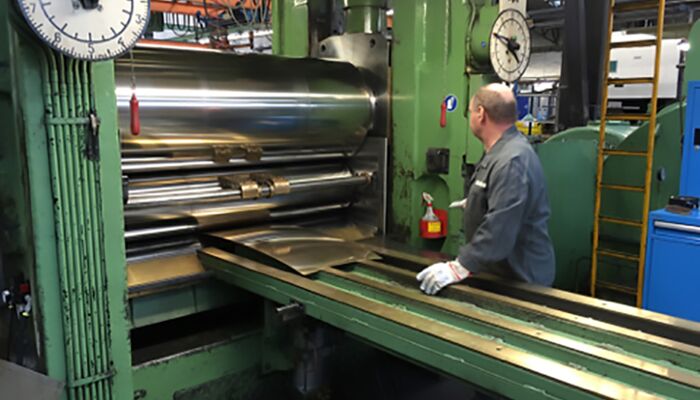 No comparison: Before the conversion, employees had to work directly in the danger zone, but today they operate the rolling mill from a safe distance - and much more ergonomically. 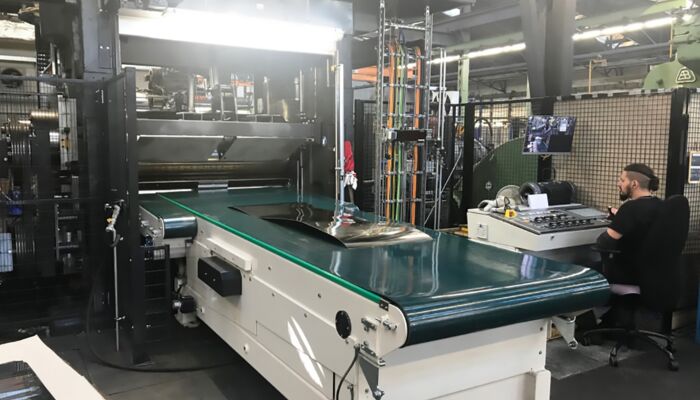 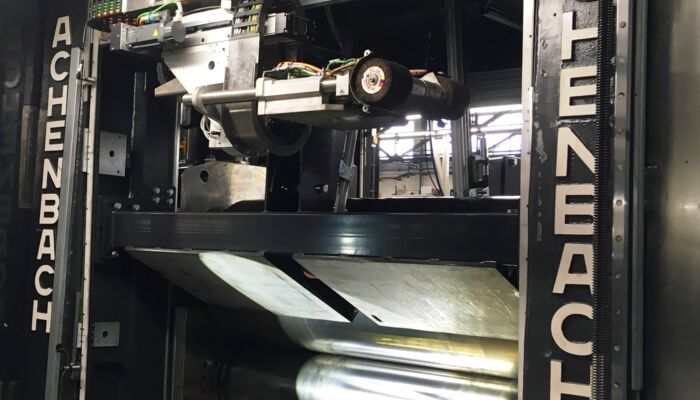 Since the safety conversion, the dangerous cleaning of running rollers is being carried out by an automated system. This is located on the outlet side of the machine within an area protected by a safety fence.