A woman who could hold her own: Mathilde Wieland

The widow of the founder steered Wieland into the industrial age

Mathilde Wieland, since 1862 second wife of Philipp Jakob Wieland and also his niece, was not only the mother of the subsequent company owner. For 19 years after the death of her husband, she led the company with great success through difficult times.

Mathilde Wieland was born on 23 February 1838 as the daughter of the "Goldochsen" landlord and brewery owner Johann Jakob Wieland. Her father is the brother of Philipp Jakob Wieland, who at that time had been running a flourishing brass factory for almost two decades.

The young Mathilde initially worked in her parents' brewery. She was apparently an attractive girl: Her aunt Franziska, the wife of her uncle Philipp Jakob, noticed that the fifteen-year-old was gradually turning into "a beautiful virgin", but that unfortunately she knew that already. When Franziska died in 1860, Mathilde became a housekeeper in the widowed uncle's villa. The fact that she knew how to "manage" a large number of domestic workers and company employees did not go unnoticed.

So it was likely not only romantic love that lead the two to the altar in 1862. The fact that uncle and niece – moreover with an age difference of more than 45 years – sealed the bond for life was completely normal and typical of the time. It was also normal that between 1863 and 1867 four children were born in rapid succession to the newlyweds, including their sons Philipp and Max.

However, Philipp Jakob Wieland was increasingly struggling with the frailties of old age – and therefore often took his young wife with him on his business trips. During his frequent stays at the health resort in Wildbad, it was she who looked over the shoulders of the leading merchant Gottlieb Stahl and the chief technician Robert Wiegandt in the office next to the villa.

When Philipp Jakob Wieland died in 1873, Mathilde was not completely unprepared. In honour of her husband, she immediately distributed 500 guilders to the workers and donated 3000 guilders to set up a pension fund. Above all, however, she continued to set the company’s path into a promising future, for example by installing the first steam-powered hammers and machines. She not only mastered the economic crisis of the mid-1870s, but also the transition into the industrial machine age.

After her sons joined the company  Philipp in 1887, and the "baby of the family" Max in 1892 – this extraordinary woman was able to retire to her country house in Herrlingen. Mathilde Wieland died there in 1920, exactly 100 years after the company was founded, at the age of 82. 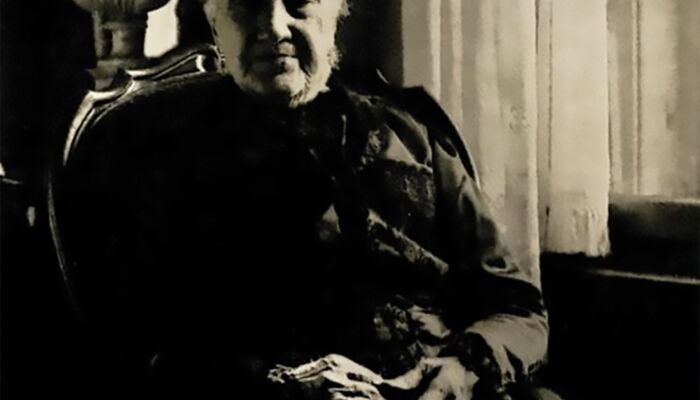 After many years in charge of the company, Mathilde Wieland could look back on a successful life. As a woman, however, she had also achieved true pioneering feats. 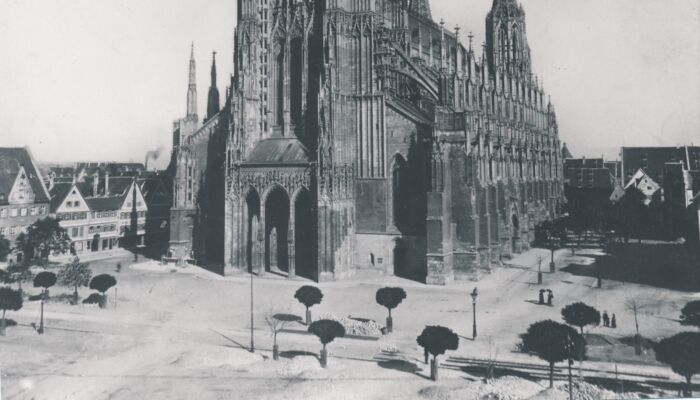 Amongst other things, Mathilde Wieland donated 40,000 Reichsmark to the public swimming pool in Ulm. In 1880, she donated a window to the Cathedral of Ulm, the construction of which was in the process of being completed.